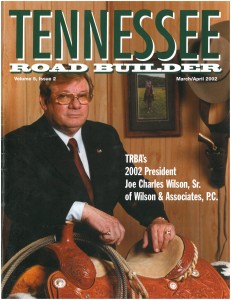 Wilson & Associates’ founder, Charles Wilson, began his career in the surveying and construction industries in 1963. While still a student with The University of Tennessee extension in Nashville, he was hired by the Tennessee Department of Transportation. From 1965, he worked with various private civil engineering companies until, in 1972, he formed his own subdivision and boundary surveying company, Charles Wilson Statewide Surveying, which became Wilson & Associates, PC, in 1989.

For 13 years, beginning in 1959, Charles also pursued a side career as a rodeo steer wrestler and bull rider, competing across the southeastern United States. When his first son, Joey, was born in 1972, however, he turned his attention solely to his new surveying business, and for the next 40 years, he worked ceaselessly to expand and improve the company.

During his career, Charles served on the governing board of the Tennessee Road Builders Association (TRBA) from 1999 until 2002, when he was elected president of the TRBA. During his term as president, the TRBA bought an office building, remodeled it and moved the TRBA offices to the new location in downtown Nashville, Tennessee. 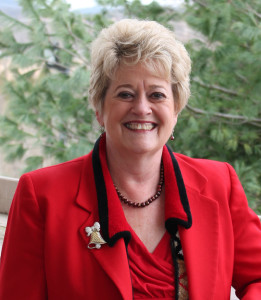 Wife of company founder Charles Wilson and mother of Joey and Justin Wilson, Cheryl formally joined the company in 1996. Until her recent retirement, she handled all official business pertaining to the company’s administrative board, as well as all public relations for the firm. She also served as the company’s Equal Opportunity Officer.

Cheryl attended the Mid-States College of Medicinal Arts. A registered medical assistant, she formerly worked for 16 years for Dr. Robert Tosh in Nashville.